DENVER—Denver District Attorney Beth McCann has formally filed charges against two individuals in connection with the alleged armed robberies of five Denver-area Metro PCS stores, two area pawn shops and for a drive by shooting in Pueblo, Colorado. The charges are the result of a multi-jurisdictional investigation by the Littleton Police Department, the Denver Police Department and the Bureau of Alcohol, Tobacco, Firearms and Explosives Denver Field Division which began in October 2018.

Coined “The Apple Dumpling Gang” by law enforcement because they allegedly stole Apple iPhones from MetroPCS stores, Lujan and his half-sister, Romero also allegedly stole 21 guns from Pawn Bank in Littleton, Colorado. They face charges of kidnapping as part of those incidents.

The robberies occurred as follows:

Charges against both defendants were filed with Denver County Court on December 31, 2018. The preliminary hearing for Lujan and Romero is scheduled for January 24, 2019, at 8:00 am. 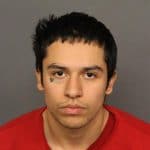 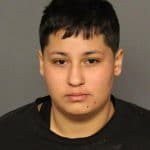