DENVER—Denver District Attorney Beth McCann today announced that a Denver jury found Mauricio Venzor-Gonzalez (age 24) guilty of attempted murder in the first degree (F2) for firing multiple gunshots at a Denver Police Department Officer, first degree assault on a peace officer (F3), retaliation against a witness (F3), and two counts of possession of a weapon by a previous offender (F6).

In November 2017, Denver Police officers attempted to conduct a traffic stop near the area of West Alameda Avenue and South Stuart Street on a vehicle in which Venzor-Gonzalez was a passenger. The driver eluded police officers but crashed the vehicle into a parked car. Venzor-Gonzalez then fled on foot and was pursued by a Denver Police Department officer. Through the course of the foot-chase, Venzor-Gonzalez shot multiple times at the officer who returned fire. A subsequent investigation by the Denver District Attorney’s Office concluded that no criminal charges were warranted against that officer.

Venzor-Gonzalez managed to evade capture for three days until law enforcement learned where he was hiding. In attempting to arrest him, law enforcement agents engaged in a multi-hour standoff. Venzor-Gonzalez was ultimately apprehended and a search of his Aurora hideout turned up a number of firearms including an AR-15 and a Glock 26 that was later determined to be the gun used to shoot at the officer in the prior traffic incident.

Venzor-Gonzalez incurred three gunshot wounds from the shooting incident yet had not sought medical attention. Upon his apprehension, he was taken to Denver Health Medical Center and then booked into Denver custody. Months later, on March 19, 2018, while he was being transported from the Denver Detention Center to the Denver Health Medical Center, Venzor-Gonzalez escaped from custody and evaded capture for several months. He will be tried separately for his escape charge on July 23, 2019.

Collaboration, partnership and dedication among members of the Denver Police Department’s Fugitive Unit, Aurora Fugitive Unit, FBI Safe Street Task Force and the Denver District Attorney’s Office contributed to the successful effort to bring this fugitive to justice. Venzor-Gonzalez was found guilty on five out of six counts by a Denver Jury late Monday, March 18, 2019, and will be sentenced on June 14, 2019. 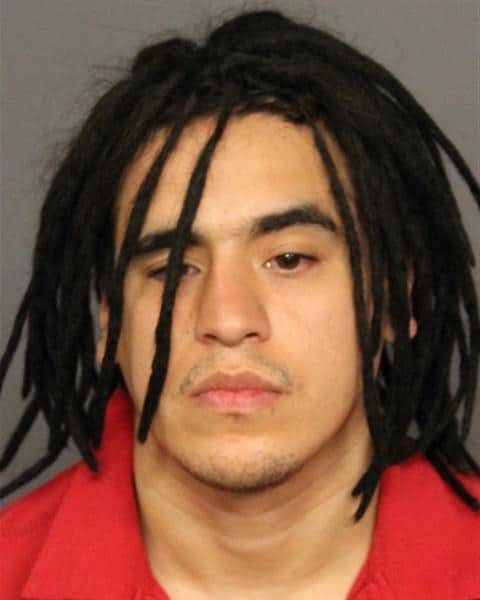